For vehicles with option code 527 (ECE):

Although MOST powered, Japanese version of COMAND-APS system (option code 529) is completely different and therefore most likely nothing covered in this wiki applies to Japanese system.

For vehicles with option code 529 - COMAND DVD JAPAN WITH NAVIGATION:

The wire 9 and 10 in the connector is available only for vehicles equipped with option code 862 - PROVISION FOR INSTALLATION OF TELEVISION. 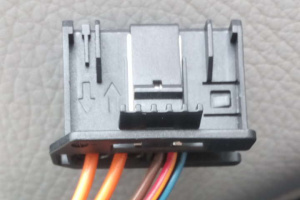 COMAND-APS connector for vehicles without option 862.

COMAND-APS hidden menu can be accessed by pressing buttons MUTE+1+3 and holding for a few seconds while in "Audio" menu.

Insert disk into the head unit and wait until update process finishes.

There have been reports that firmware update is required after phone retrofits to get communication platform functionality recognized. Seemingly there are no visual changes introduced other than a new option in the hidden menu "Copy autostore stations to stat" that copies radio stations found to station buttons. 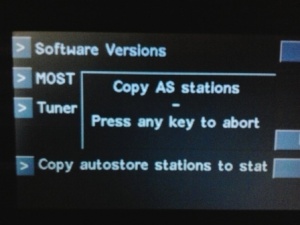 The software version of head unit can be viewed in COMAND-APS hidden menu under "Components -> Media -> Software Versions / ???". 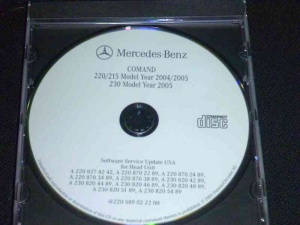 The COMAND can play MP3 files from a DVD disk inserted in the head unit. However for what ever reason burning mp3 files for use in a W220 is not easy.

The main issues are:

By default COMAND will not show video (DVD/TV) if vehicle is in motion. There are hardware kits available that on the CAN level block speed signal from reaching the COMAND, however, video in motion can be easily enabled using SDS. 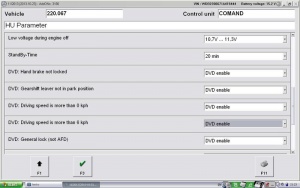 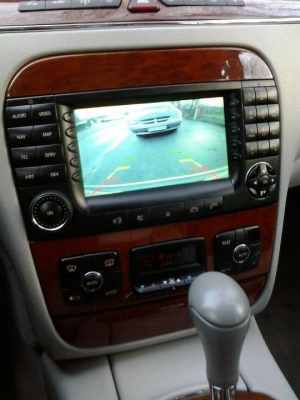 We are aware of two W220 multimedia interfaces for MOST-based COMANDs:

These interfaces will not work on D2B-based widescreen COMANDs as shown in the video below (D2B COMANDs have different ribbon cable).

The HDMI2AV converter can be used to connect HDMI-enabled devices to COMAND multimedia interface. 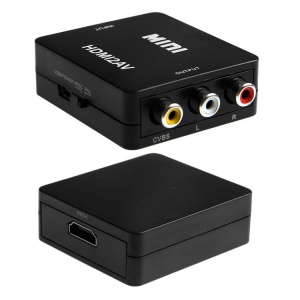 If the phone has MHL-enabled Micro-USB port the cable below can be used to get HDMI video output.

The cable has extra USB plug that is used to to charge the phone and to convert MHL signal to HDMI output. The same USB plug supplies power also to the HDMI2AV converter, hence the HDMI2AV box does no need to be powered separately (HDMI2AV box has Mini-USB port). HDMI2AV box consumes around 110mA (80mA standby) from the 5V power supply.