M-B CPS often fail completely or become intermittent. If the crankshaft position sensor fails, it will not send information about the position of the crankshaft and speed of the engine RPMs to the ECU. As a result, the ECU doesn't know when to fire the spark plugs and how to adjust the fuel mixture. This can cause your car to stall or hesitate to start.

If you have been experiencing stalling or no start conditions, a failed crankshaft position sensor is often the problem.

Hint: If you are stuck on a parking lot and the car will not start, let the car cool down at least 30 minutes and then try again.

If your check engine light is on, then your ECU has recorded some sort of trouble code. You can check these codes with a diagnostic scan tool.

Codes between P0335 and P0339 correspond to crankshaft sensor problems.

This is probably the most straightforward and the most certain way to test for and identify a crankshaft sensor problem.

Unfortunately, the crankshaft sensor is usually pretty far gone by the time that the check engine light is on.

You might already be experiencing crankshaft sensor problems before the ECU has noted any sign of trouble.

The CPS can be tested by measuring its resistance and checking whether it generates voltage. 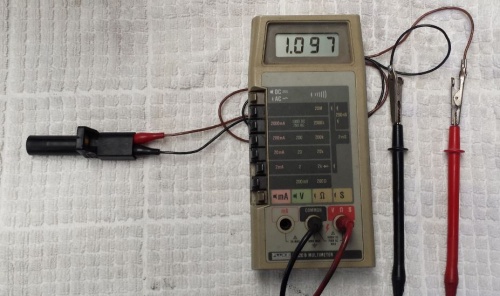