Having published my preferred technique for measuring Total Quiescent Current Battery Draw on BenzWorld, (See Reference) in which I also recommended a simpler technique whereby you can assess the quiescent drain by measuring the voltage drop across individual fuses, I thought I had better check my calculated voltage drops with real fuses.

I used my Digital Volt Meter (DVM) (same as the DC Volts scale on a Digital Multi Meter orDMM) on the 200mV Range and measured the voltage drop ACROSS each fuse. When the fuses are installed in the car you can hold the leads on the exposed fuse terminals without withdrawing the fuse from its socket. The important point is to place the DVM ACROSS the fuse. (The DVM has the red and black probes in the next picture and is connected across the fuse terminals. The crocodile clips are supplying the current. 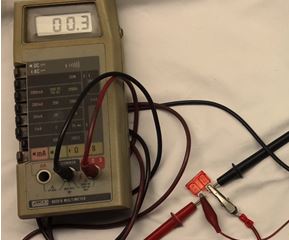 I induced a DC current of 30mA through a load consisting of a short string of LED strip lights. The LEDs were placed in series with the Fuse Under Test.

I used my Analogue Multi Meter to measure the current. The meter shows just over 30mA on the 30mA DC Current Scale. I know it’s a bit ancient but so am I, but I know it reads very accurately. 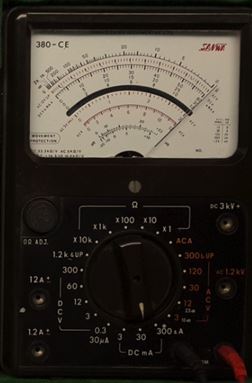 10A Fuse Under Test

The next picture shows the setup for the 10A Fuse Under Test. 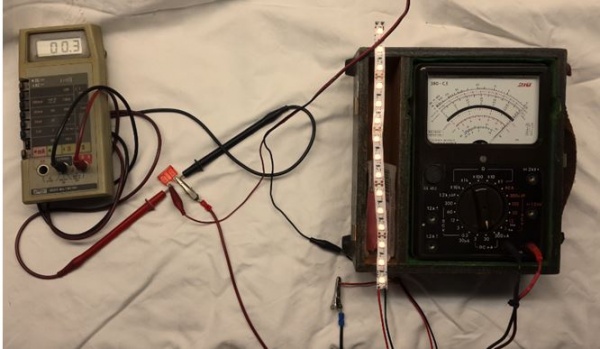 Result for 10A Fuse

40A Fuse Under Test

The next picture shows the setup for a 40A Fuse Under Test. With a 40A Fuse the fuse resistance is much less and hence the observed voltage is much less. This is pushing the capability of my DVM. 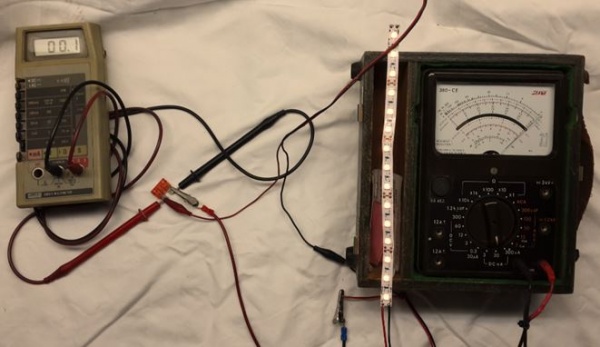 Result for 40A Fuse

The observed voltage drop across the 40A fuse is 00.1mV ie 100µV. The DVM is on the 200mV Range (maximum reading possible of 199.9mV) and cannot display any smaller voltages.

I have added two extra columns to the Fuse Resistance Table.

“An easier technique, if you have a sufficiently accurate DVM which can read microvolts, is to measure the voltage drop across each of the fuses. This method does not disturb the circuit requiring a reset or necessitate having to wait the 20 minutes for the car to go to sleep after the first time. The quiescent current can be calculated using the voltage measured, the resistance of each fuse and Ohms Law. Reference: WIS” with added observed voltage drops for a 30mA current measured by a Digital Voltage Meter.