The digital MOST bus is a data transfer system that utilizes the possibilities of optical information transfer. With this system, the data are transferred by light pulses. These are transmitted over a fiber optical cable to the components connected to the bus system (e.g. COMAND operating, display and control unit (A40/3), sound amplifier (A2/13)). Commands for the components, e.g. pressing "Play" button on COMAND operating, display and control unit (A40/3) for the CD player with changer (in trunk) (A2/6) have to be converted to light pulses (optical data) before being forwarded via the MOST.

Light pulses are then converted back to electronic signals in the receiver components so that they can execute the commands. Because of its extremely high transfer rate the MOST ring source data and control data can be transmitted simultaneously. This reduces the quantity of wiring considerably. For this reason the connected components only require 2 lines for voltage supply, 2 lines (input/output) for the fiber optical cable of the digital MOST bus and one line for the wake-up signal. Additionally, several audio frequency (AF) signals can be sent via the fiber optical cable, without compromising data content.

Data transfer using a fiber optical cable has many advantages:

The MOST has an enclosed ring structure. The components are arranged in a ring line (series circuit). This arrangement is adapted according to the series. Data transfer ensues in one direction only, i.e. light pulses for the E-call control unit (A35/8) pass through all the components before it in the ring.

Data transfer in the MOST bus

The audio gateway control unit (N93/1) makes it possible to provide all the data on the CAN interior compartment to each respective component. It acts as an interface (gateway). To this end signals arriving at the audio gateway control unit (N93/1) are converted such that they can be sent by the MOST to the CAN interior compartment and vice versa. It acts as the clock generator, with which data sections (data frames) are sent to the bus system. A data frame here consists of 2 subframes. The sequence of several data frames then contains the entire data required for operation of the components in the MOST ring.

Light pulses are converted into electrical signals and back again by means of the optical transmitter and receiver diodes, which are integrated into every MOST component. The components can then receive or transmit the electrical signals. Source data (music and language) and control data (CD selection and muting during incoming telephone calls) are transmitted. The source data are sent synchronously, such as, for example on a music CD, as blocks in subframes. By contrast, the control data are transferred asynchronously. They are split up, distributed using several subframes and transmitted.

The control data are provided with an address (Code), which indicates for which components the information is intended in the MOST ring. Data arriving at the components are combined to form individual data packages and can then be edited. A data frame can thus contain the most varied of information (source and control data of all the components in the MOST ring). The transmitting and receiving units are switched off when they are not required, in order to lower the quiescent current (sleep mode). They are switched off immediately after the operating unit is turned off or after the transmitter key is removed (A8/1).

With a new optical information transmission start, the bus system can be activated with the help of the "ON" switch (ON/OFF) of the operating module or by turning the transmitter key (A8/1) to "terminal 15R ON", provided that the system was not shut off before the transmitter key (A8/1) was removed. This activation occurs by means of an electrical signal in the wake-up line, triggered by the audio gateway control unit (N93/1).

If a telephone is integrated and the transmitter key inserted, a wake-up can also be triggered in the event of an incoming call.

Irrespective of whether information is intended for a component at the start, the processed light pulse reenters the bus at full intensity.

As the transmission and receiver diodes are automatically switched off when not required (sleep mode) at the start of new data transfer a command is required by the COMAND operating, display and control unit (A40/3) and/or a wake-up pulse which activates the system. This happens over a separate wake-up line. For this purpose the audio gateway control unit (N93/1) triggers a wake-up signal (electrical signal), which lowers the voltage in the wake-up line to a defined value. A chip in the components recognizes on account of the signal's duration that the signal in question is a wake-up signal, and the MOST ring is then activated. A wake-up can also be triggered by an incoming telephone call through the corresponding component during the run-out phase.

The light for the data transfer in the MOST has a wavelength of 650 nm (unit: nanometer). By way of comparison: visible light lies in a range of blue with 400 nm to red with 800 nm.

Optical attenuation of the light signal may occur in the fiber optical cable. The attenuation is dependent on:

In order to assure the functional availability of the remaining components, the ring can be closed again with the passive connector.

Coupler or Splice Connector used for adding new MOST device 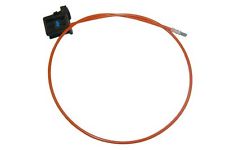 Bypass terminator used for removing a MOST device 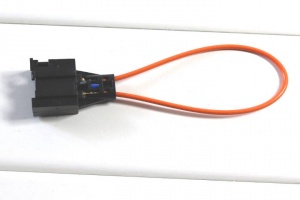 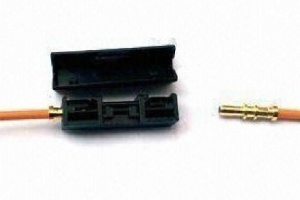 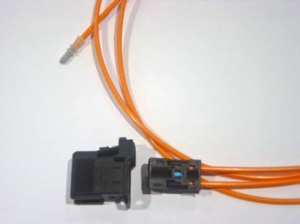 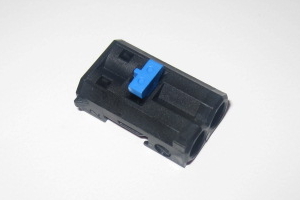 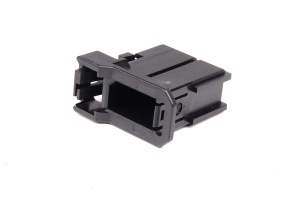 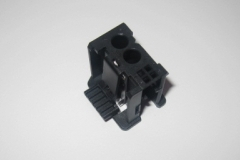 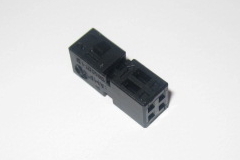 If MOST ring is open due to some failed MOST device or broken optical connection, the COMAND-APS will show "System unavailable" and "sound unavailable" error messages after which the COMAND will shut down. 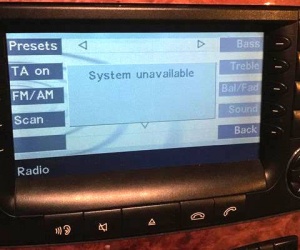 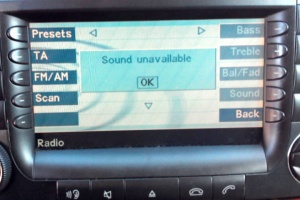