There are a number of useful Mercedes-Benz special tools that considerably help (or are required) when dismantling interior of car to retrofit stuff - here is a list of some of them. 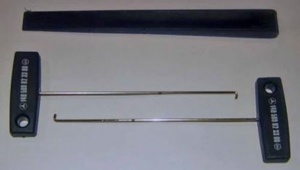 A special spark plug wire removal tool is available. It is a 17mm, open ended tool with a 25mm off-set and is made by JTC with part number J-1308. It can be found in eBay for $20. 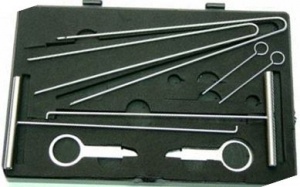 Homemade ones fashioned out of 1mm thick sheet aluminium. 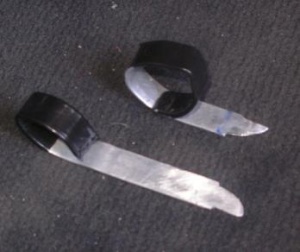 A home made tool can be manufactured several pieces of PVC pipe for unscrewing the EIS bezel. 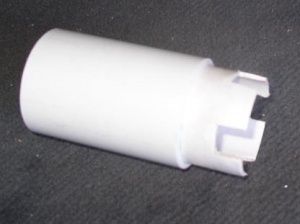 The bezel is easily unscrewed. 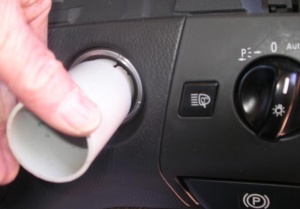 A commercial tool is available to remove the top seal on the front axle AIRmatic suspension strut. 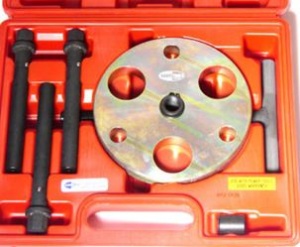 How to make a DIY version is shown here http://w220.ee/Airmatic#Tools_Required_-_DIY_Refurbishment_Airmatic_Spring_Strut_Front_.2840.29 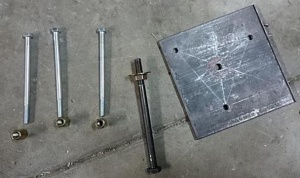 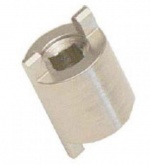 How to make a DIY version of an AIRmatic Residual Pressure Holding Valve Tool is shown here http://w220.ee/Airmatic#Tools_Required_-_DIY_Refurbishment_Airmatic_Spring_Strut_Front_.2840.29

When adjusting the height of a M-B W220 with AIRmatic suspension it is necessary to know the angles of the front and rear axles.

WIS specifies that an inclinometer should be used but any angle measuring device will suffice, although some are easier to use than others.

There are several free applications for measuring angles available for smart phones. 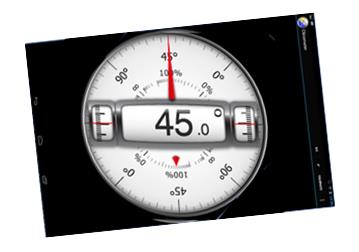 For how to use see Section Angle Measuring Device or Inclinometer 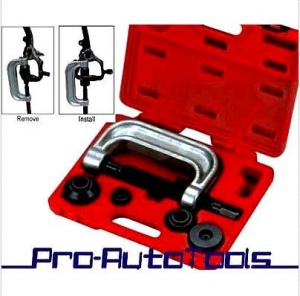 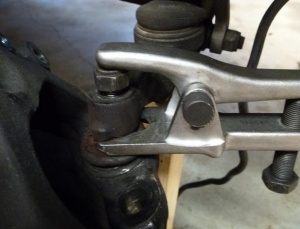 Baum Tools have a Torque Strut Bushing Kit Number 8220-0643 for about US$171 to be used on the Front Lower Control Arm Bushings. However it seems that this tool is not an absolute necessity. You can get by with making do with other means. 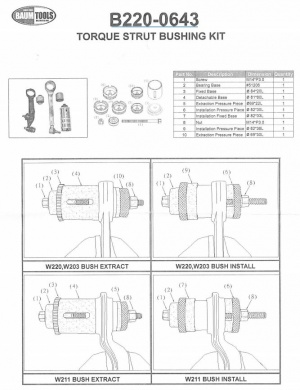 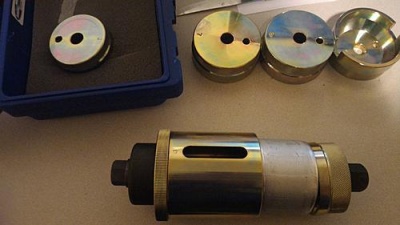 The Rear AIRmatic to Lower Control Arm connection Rubber Bushes are designated (17), and require a special extraction and insertion tool (202589004300). Note this is the same tool as the Front Lower Control Arm (LCA) Bushing Removal and Installation Tool described above.

Distronic calibration and alignment should be performed by a M-B expert using an alignment tool such as MERCEDES Distronic Adjustment Calibration Tool 900589072100 manufactured by Polytec with model number OJV-060.

BenzWorld Members report there is a special M-B offset wrench/spanner that is used on the top bolt of the W140 chassis mounts as they are particularly tough to get at. They may be useful for W220 engine mount replacement. 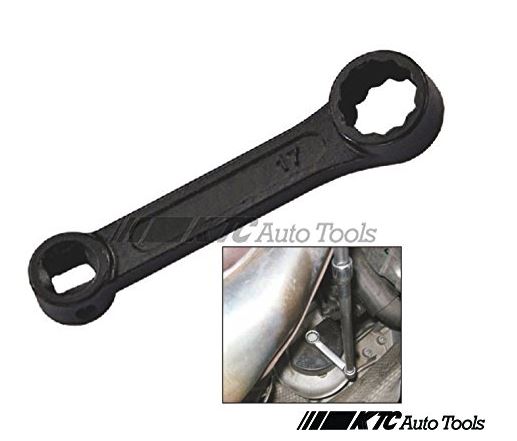