The Torque Converter drain plug was removed from the 722.6 in mid 1999. First 722.9 tranny's did not have one. It was reintroduced later.

Getting to the drain is as simple as rotating the crankshaft until the plug is seen through the access hole.

Pull the little rubber cover out of the transmission bell housing. 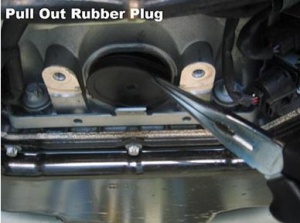 Use an appropriate sized socket and breaker bar and have a friend turn the crankshaft while you look for the plug. It is very small, but noticeable. 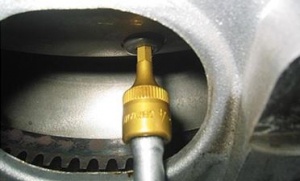