Vehicles after 20/01/2004 have navigation functionality integrated in COMAND head unit and instrument cluster, which is supported by audio feedback and Voice Control System (option code 813).

The navigation computer/processor/unit for MOST based COMAND is located on the left side in the trunk. It reads DVD map disks and sends map information over the MOST to COMAND head unit. The same navigation unit is also used in the W211 (E-Class) vehicles. There are several part numbers which all should be compatible. The navigation units have been manufactured from 2003 up to 2007. Theoretically the navigation units are shipped with different firmware versions, however, they all seem to have the same features.

Comment about blue/black MOST wakeup wire: the wire sits at +12V until a wakeup signal is generated over the CAN-Bus. The blue/black wire momentarily pulses towards 0V for about 0.25 secs but ONLY when the ignition is turned from Off to Accessories or to On which initiates the CAN-Bus wakeup. Note that no wakeup signal is produced when the car is unlocked manually or remotely. 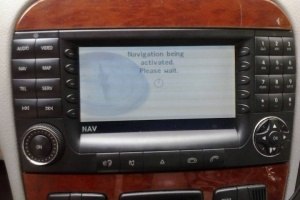 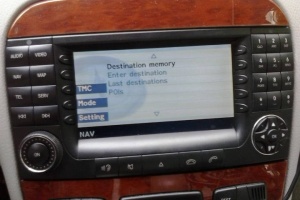 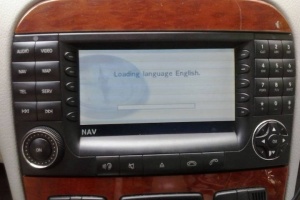 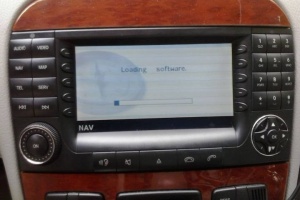 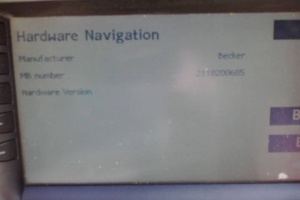 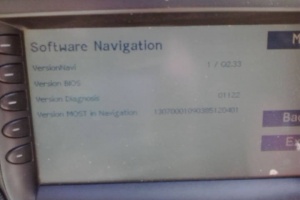 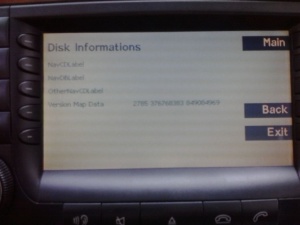 A satellite symbol is displayed on the status bar if the system uses GPS data (i.e., the navigation unit is present). If time/date information is transmitted by the GPS, the COMAND will not allow to set the date: each time the button is pressed, the time is adjusted in increments of 30 minutes.

Country soft key can only be selected if GPS is used. After Country soft key is pressed the the country list will appear. If a country has multiple time zones, e.g. Canada and USA, you can select the applicable time zone and, if applicable, daylight saving time settings. 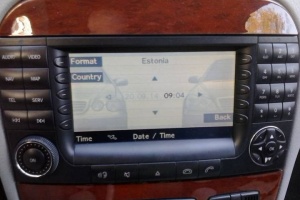 Common symptom resulting from inability to read map disk is error message "Navigation Wrong version of NAVI DVD in navi unit!" shown on screen some time after navigation processor tries to start up. Navigation firmware does not have separate message for bad read and therefore displays this "wrong version" error message instead. 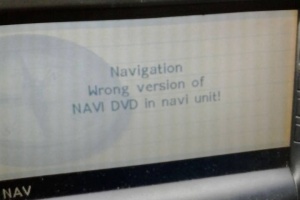 If the navigation processor is connected to MOST network, but after pressing "NAVI" button on COMAND the message "Navigation unavailable" is shown, it could indicate that board of navigation unit is faulty. Common cause for such fault is water damage.

If COMAND does not work and powers down shortly after starting, it could mean that there is break in MOST ring. This could be caused by completely dead navigation processor. Common cause for such fault is water damage. In this case the unit has to be replaced with working one or MOST ring must be closed using MOST loop connector.

No satellites are detected

Faulty navigation unit with map disk stuck may not power off and could drain significant amounts of current thus draining battery. This can be checked using standard parasitic drain detection methods.

It seems that recent map disks are bundled with the newest navigation software which is updated automatically when a new map disk is inserted. Thus we believe that the following information is not relevant if a recent version of map disk is used.

Files except D62x* are present on all further versions of map disks.

Navigation unit uses proprietary map disks, which although are made by Navteq (recently bought by HERE (formerly Nokia Maps)) have to be supplied via Mercedes-Benz. Usually a newly released map disk contains a year old map data.

Note: the disk cover wrongly states that the disk is not compatible with W220.